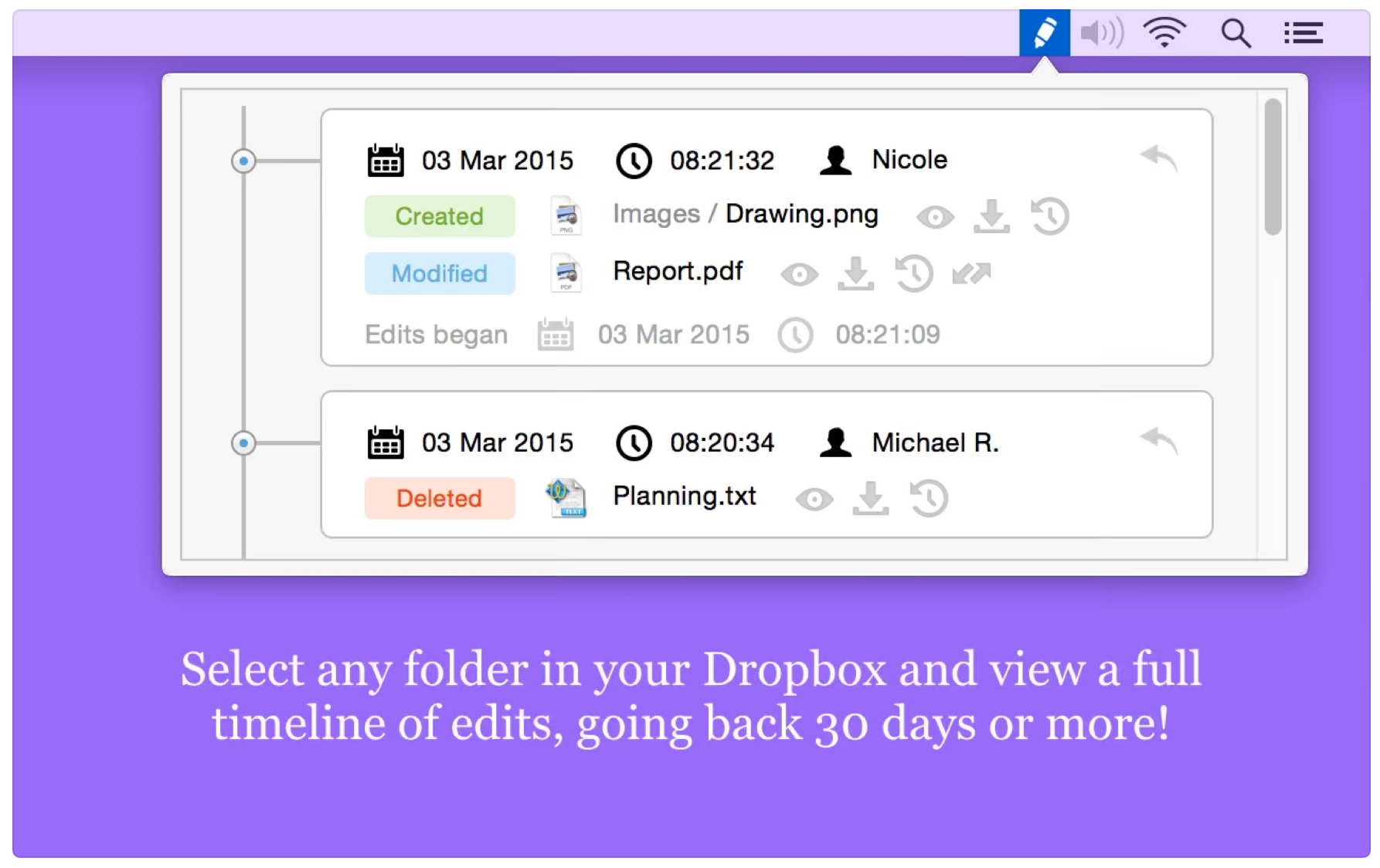 Revisions for Dropbox was a macOS app for inspecting changes to your Dropbox account and reverting modifications if needed. The app displayed a timeline of edits, showing what files were changed, when they were changed, and by whom. 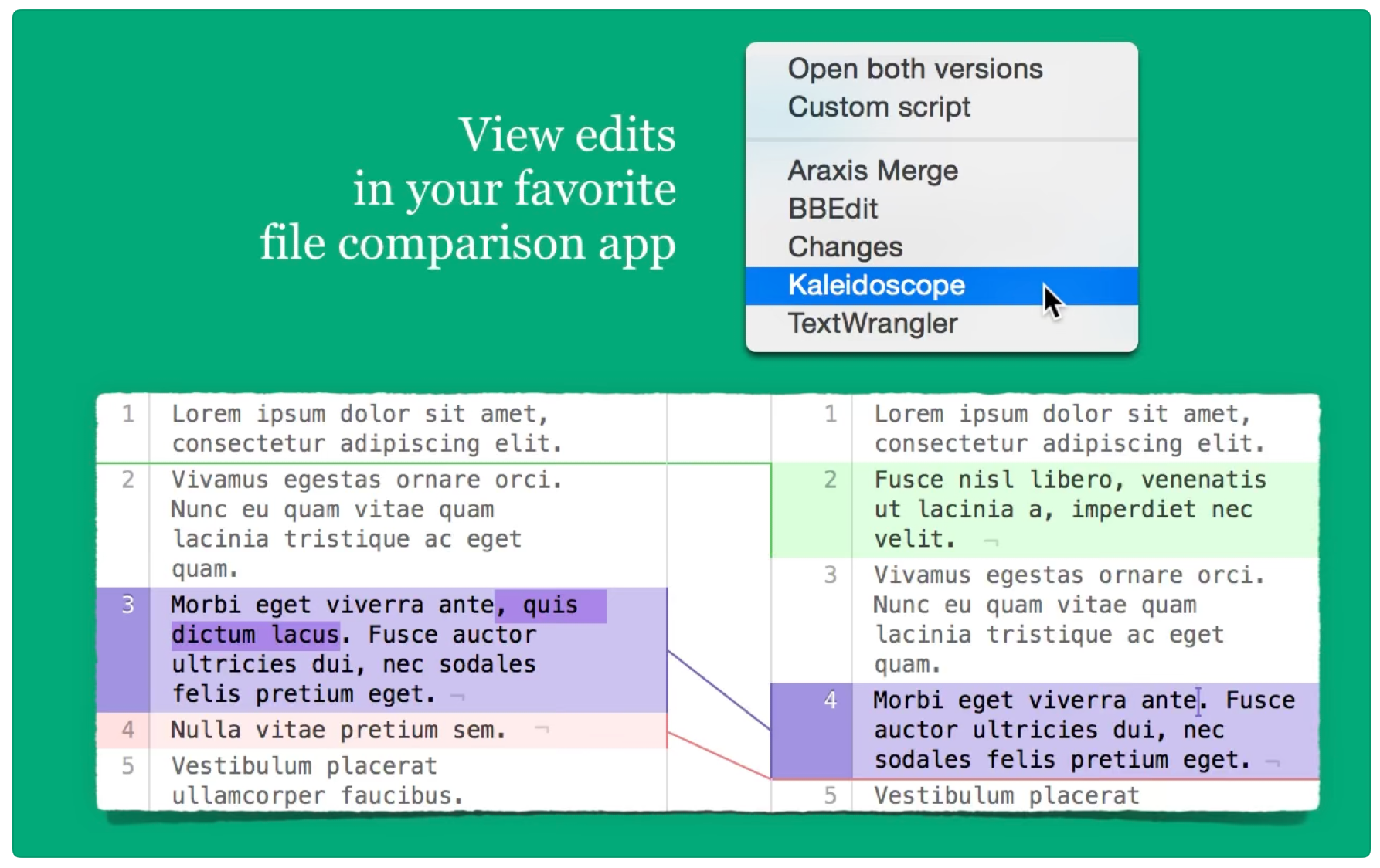 The app made it easy to check exactly how each file was modified using any of a number of compatible 3rd party file comparison apps. 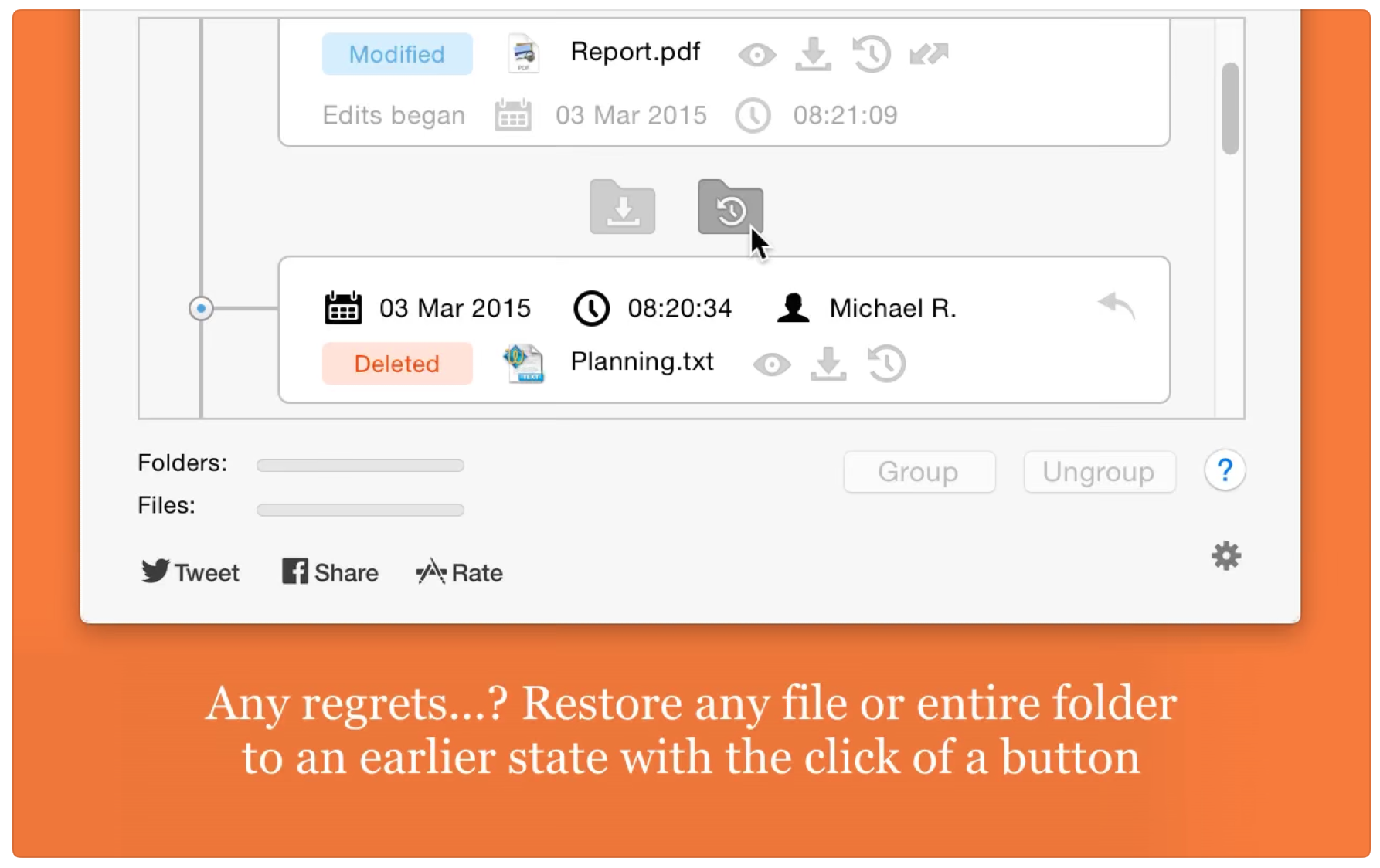 The app had a feature which let the user easily rewind an entire folder to any earlier state. 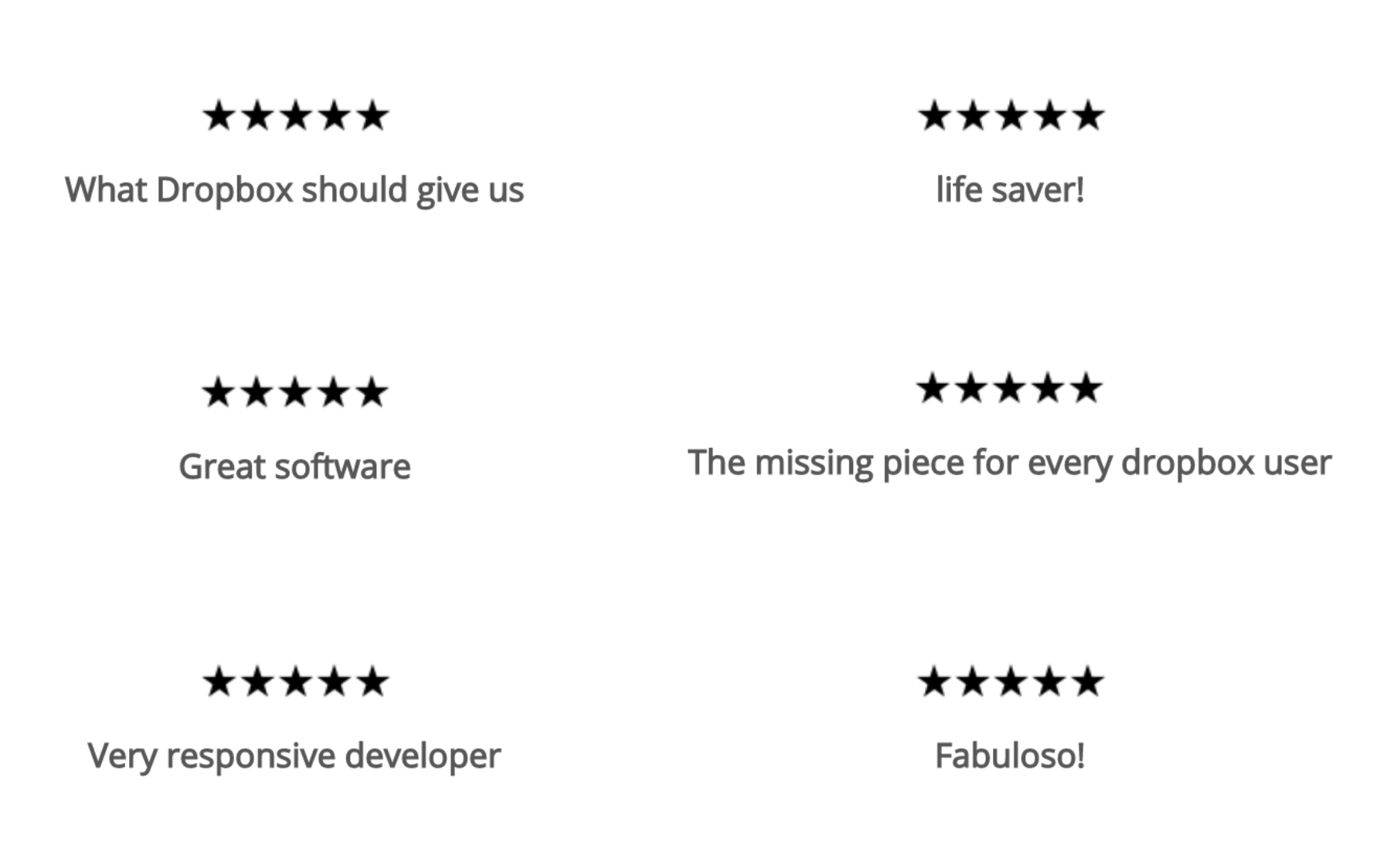 The app held a Mac App Store global average rating of 4.6 stars (out of maximum 5 stars).

Unfortunately, the app largely stopped working at the end of September 2021!

The app used the Dropbox API to connect to the Dropbox servers to retrieve information on the user's files and directories, and in particular to check for recent edits. Thus, the correct functioning of the app was tightly tied to this service, provided by Dropbox.

A change to the Dropbox API, which became effective September 30th 2021, had the effect that the Revisions app was no longer able to keep an authenticated connection open to the Dropbox servers for any extended period of time. The end result is that the app does not really function correctly anymore.

In principle, it would have been possible to update the Revisions app such that it could have survived this change. However, in practice, this turned out to be rather difficult, as the app had not been updated for many years, and there were thus a large number of unrelated modifications that would also have been needed, to satisfy other recent changes and requirements (to the macOS operating system, Mac App Store distribution, etc). The amount of effort required was thus quite large.

Fortunately, what used to be unique functionality in the Revisions app is now available via other mechanisms provided by Dropbox itself, so the raison d'être of the app is now, largely, gone. Further details are provided below.

The one feature that I think is still missing from what Dropbox provides is the possibility to easily compare different versions of a file, to see exactly what changes have been made to a file which has been edited. Perhaps, if a sufficient number of users request this feature from Dropbox, they might actually implement it!

The app is no longer available (because of the end-of-life).

Please do not hesitate to get in touch by sending email to
contact@revisionsapp.com.